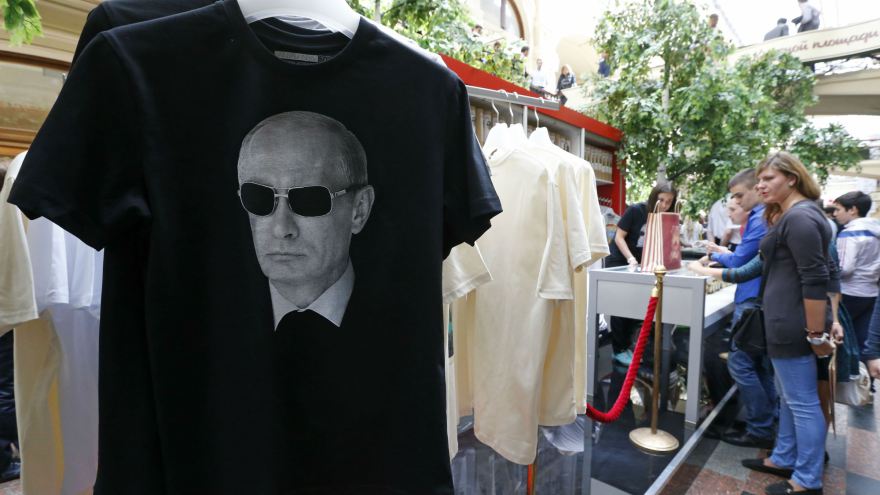 A Simple Solution to the Crisis in Crimea: Make Russia Buy It

There are occasions in international diplomacy when the deal-making skills of an investment banker can creatively solve problems that are beyond the tool-kit of career diplomats and politicians. The crisis created by Vladimir Putin’s unilateral annexation of the Crimea qualifies as a situation that may have had a solution if American diplomacy had been able to think out of the box.

What if President Obama, in the famously long conversation he had with Putin before events escalated, had said: “We respect that Russia has legitimate security interests in the Crimea, as well as its ethnic and cultural ties to the majority of the Crimean people whose interests are not aligned with the Ukrainians in the west. At the same time, Ukraine has legitimate interests in protecting its sovereignty and we, the US, want to ensure that international law is respected and borders are not unilaterally rearranged by stronger countries. Therefore we propose that Russia offers to “buy” the Crimea for $100 billion to be paid over 10 years. We will persuade the leadership of the Ukraine to accept this proposal and voluntarily cede the Crimea to Russia.”

Instead, during that call, Putin went on about the Ukrainian “fascists” who were threatening the life and property of the Russian-speaking people in Crimea and his solemn duty to protect them. President Obama defended the new Ukrainian leadership and denied any such risks, threatening Russia with sanctions for violating international law. The two leaders talked past one another and there was no way of creating an agreement. Since the US was not willing to go to war with Russia over Crimea, the consensus narrative is that nothing else could have been done.

It is the investment banker’s job to create options to help negotiation, and in this case the starting point would have been recognizing that Russia has genuine, legitimate and strategic concerns in Crimea. These are based on:

These were all important factors in Putin’s favor. The US could have acknowledged them, and then extracted a price for giving him what he wanted.

Would President Putin have accepted the financial proposal? Of course he would have.

Would the Ukrainians have accepted this? Again, of course they would have. Ukraine is an economic basket case that needs a bailout from international agencies estimated at $15 billion a year. Also, Ukrainians have never felt emotionally attached to Crimea as they are, for example, to eastern Ukraine. This explains the relatively muted Ukrainian reaction to the actual annexation of Crimea, a stark contrast to their more vocal and forceful response to the threat of secession of eastern Ukraine.

Finally, about the US. President Obama would have had a much-needed foreign policy success to his credit, strengthening both the international order and America’s unique position as the indispensable superpower. Further, he would be seen as having defanged the Russian bear in a way that protected American interests. We would have bailed out Ukraine without putting up any of the US money. There would have been relief in Europe too—international borders would still be inviolate, and could be changed only by consenting sovereign states. Everything could have gone back to business as usual—a big relief to commercial interests in the US, Europe and Russia.

There would have been tertiary benefits as well. Russia would not have jumped into China’s arms with the alacrity it showed in its recent oil and gas deal. And there might have been lessons and possible ideas for dealing with other intractable border disputes between nation states.

This crisis is not over yet. It may not be too late to incorporate these ideas into the current stalemate between Russia, the West and Ukraine.

This article was originally published by Quartz: http://qz.com/229206/the-crimea-crisis-should-be-solved-with-a-simple-business-deal/

Economics and Policy, Energy and Technology, Ethics and Morality, Politics and Strategy